What is the state flower of California?

California present near the pacific coastline is the third-largest state in the United States by area. With a thriving economy and lively culture, California is influenced by its population and history finds its root in Spanish and Mexican rule. If you can't remember which state is California then you must remember it has the home of the famous Hollywood sign, Golden Gate Bridge, and vast magical Disneyland. Deeply rooted in great cultures from around the world, Californians are known for living their life to the fullest, you will find the easy-breezy vibe here with amazing beaches and adventurous people. 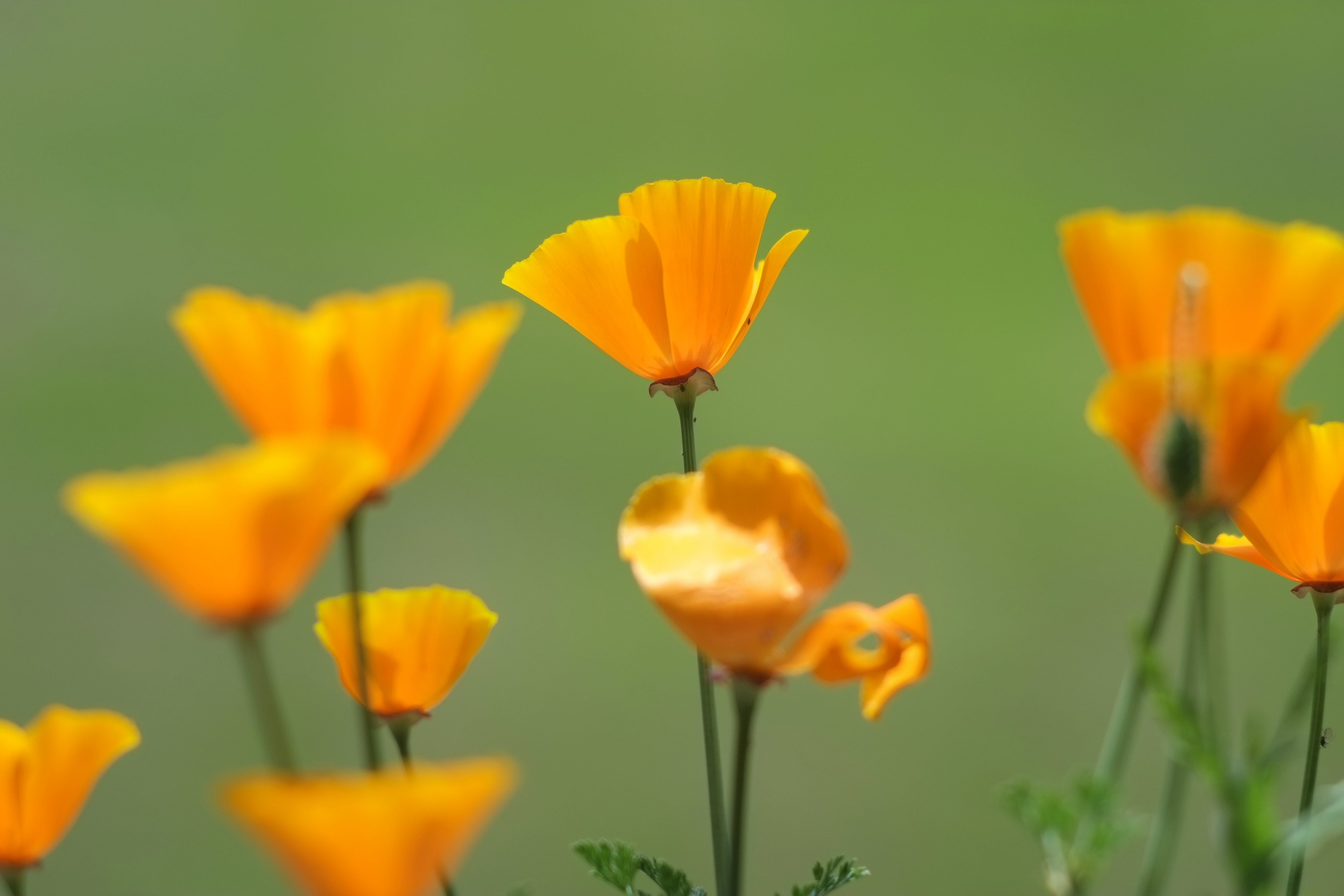 The CA state flower is known to be called The Poppy, more specifically Orange Poppy. It is also known as California Poppy and scientifically termed as Eschscholzia Californica. This flower was given this high profile in 1903 by the State of California. Interestingly it was in the early 1890’s when unofficially selected by the California State flower Society. Later it was signed by Governor George Pardee in 1903. Another California state flower fact is that there were two other contenders for becoming the official flower, Mariposa lily and Matilija poppy.

The California state flower golden poppy is known to be a representation of Golden Gate, and the discovery of gold in the state got its name ‘The Golden State.’ This flower looks like a magnificent cup with its delicate petals, the petals on this are silky smooth with 2 to 6 cms long. These flowers come in colors of white, yellow and orange. This California official flower is an ornamental flower that is worn over as a brooch. Poppy is also used to garnish baked goods and extract poppy oil. This oil is believed to have medicinal and healing properties. If you are looking for this official flower get to your Glendale florist.

Orange Poppy represents health and regeneration. This flower is a representation of remembrance and sacrifice. Poppies are known to be the official flower for memorial day, it is a symbol of sacrifice and lives lost during the American civil war. Poppy also holds a religious meaning to it. In Christianity red poppy symbolizes the blood of Christ, his promise of resurrection and immortality.

Official colors for the state are Blue and gold

The Motto of the state is ‘Eureka’.

Poppy flower works like a reminder of the culture and history of California. Poppy is also the birth month flower of August. You would get poppy and other fresh flowers at Temple city florist and Pasadena florist.

When is the best time to send flowers?

What are the Best Get Well Flowers?

Etiquette for Flower Giving Around the World